The session will be here on Friday 25th September at 6PM UK time (1PM Eastern, 10AM Pacific).

Just pop here a little before we’re due to start, and you’ll see the video here. Press play and wait for the session to start.

Do join the chat and let us know you’re here!

If you don’t see the video, just refresh the page and it should appear.

For this session, we’ll be moving on a little from the last one in that we have two flowers of different colours.

We’ll be building on the approach we’ve been using so far, though: simplifying the forms, finding the values and colours for the light and shadow, and making sure we have a strong foundation of form, shadow and light.

I’ll be working 8 x 10 inches on an ampersand panel, and applying a couch.

Since we’ll be starting straight in with colour mixing, it would be a good idea to have the subject drawn out ready. Prepare your painting surface as follows:

Grid out the painting surface and then do a straight line block in of the flowers. You’ll be ready to go 🙂

As well as brushes (a selection of synthetic flats will be best) a palette knife and rags/kitchen roll for wiping out, have the following tube paints ready on your palette if you can:

Also, have your value scale mixed and on your palette too. You probably wont be using it much so won’t need a large quantity, but we will be using it to relate the values of the colours we’ll be mixing back to the value scale. 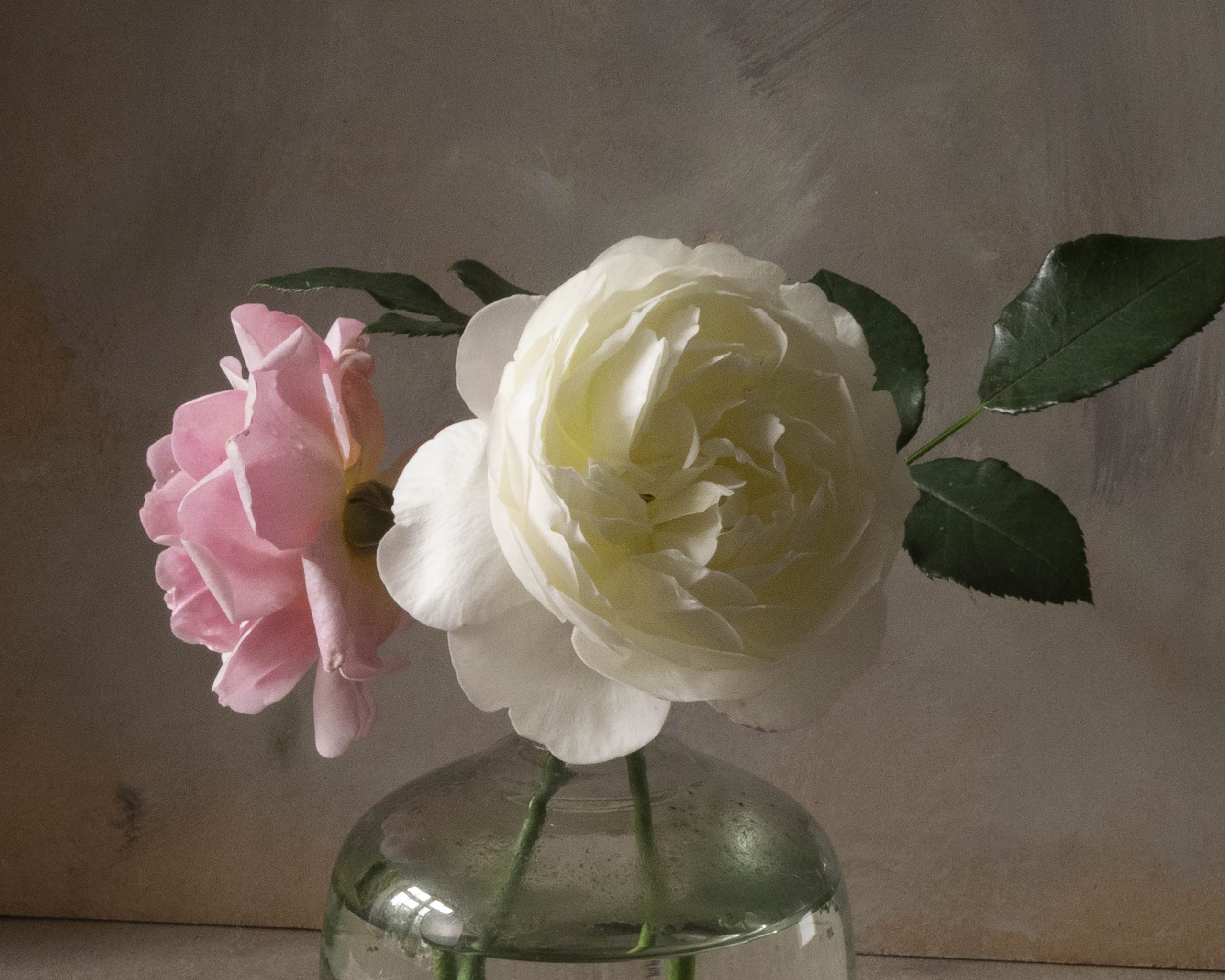