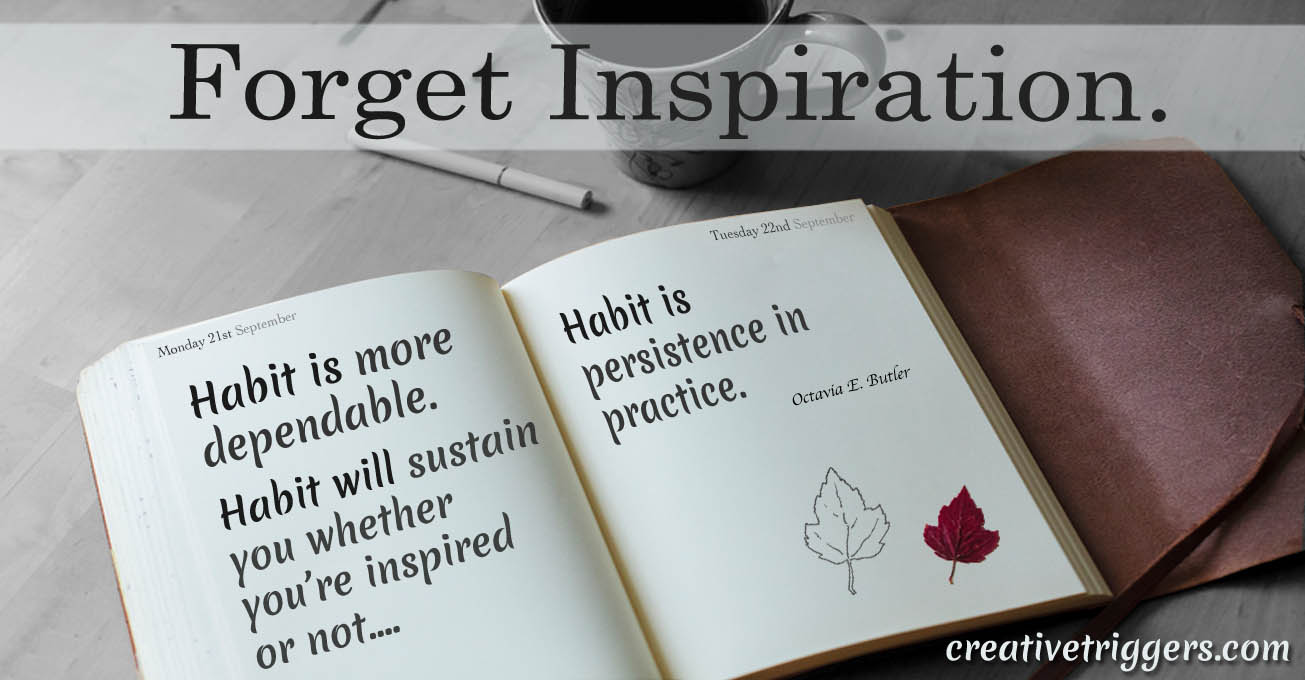 In the broad scheme of things, creativity is a pretty recent idea. In fact, the first use of the word ‘create’ in English was in 1589, by George Puttenham, author of The Arte of English Poesie.

Before that, individual creativity just wasn’t a thing. Even for visual artists. Our contemporary obsession with individual expression and originality is a relatively recent invention.

So it’s kind of surprising that so many myths around what creativity is and where it comes from have grown so quickly.

A lot of the ideas we have around creativity, ones we often accept without question, come from the Romantic movement, from the idea of the artist as a lone creator, troubled and inspired, channeling the muse.

The idea that we’re born with a gift for art seems to be more prevalent in the visual arts than it is in other arts or in the sciences, too, and I believe is closely related to the Romantic idea of the artist.

I have to say, my personal experience doesn’t reflect that. If there’s one thing I’ve learned over the last few years of attempting to teach myself to draw and paint realistically, it’s that the most important thing, bar none, is regular practice.

I know that’s not exactly earth shattering news. But I’m also convinced that it’s the regularity of practice, the routine, that’s responsible for most of the more creative ideas I’ve had about what to draw, how to draw it, and where my work might go. I’ve learned that creativity is a process, not an event.

So regular practice – and especially practice of the fundamentals – is the surest way to enhance creativity. I know. Even in these enlightened times, it seems a little counterintuitive. But it’s why I call my drawing practice program Creative Triggers – because it’s based on regular drawing practice.

So forget inspiration. If you want to become more creative, get into a routine. Practise regularly.

If that makes sense to you, please take a minute to have a look at Creative Triggers. It might be for you.