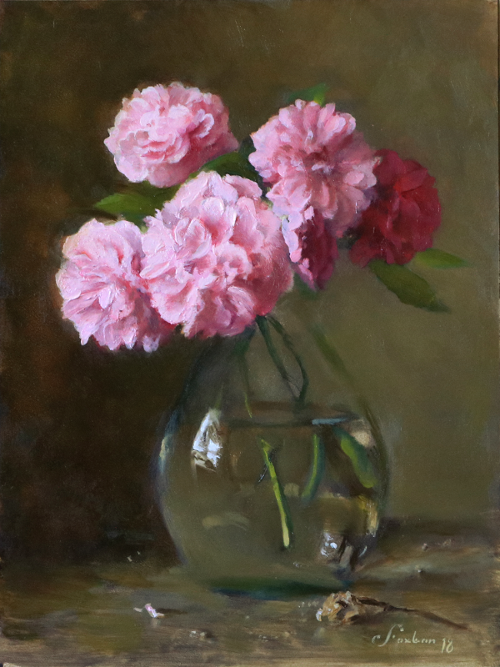 In the nine months since we sold our house near London and moved out to the countryside we’ve seen the seasons change from late autumn, through winter, spring and now high summer.

Each season has been more beautiful than the last, and all stunning in their own way. The defining characteristic of this summer, for me, is all the rose bushes springing up in the garden.

The cottage we live in used to be a part of a country house called Stout’s Hill, built in the mid-18th Century. It used to be a boarding school years ago, Stephen Fry went there when he was a lad.

And one of the ex-pupils, a daughter of the headmaster who also taught there, was Patricia Angus – locally known as Paddy.

She died four years ago – almost exactly four years before we moved in here. She used to live in this same cottage that we now do.

Even for Uley, a quiet rural village in the English Cotswolds, this cottage is a little out of the way.

When we first got here and started meeting the locals, we soon found that the easiest way to let people know where we live was to tell them that we live in “Paddy’s house”. Without exception, everyone’s immediate reaction was to tell us how much they loved Paddy, and how much she did for the local people.

As sad as it is that someone who made such an impression here is gone, it’s made a difference to know that we’re living in the house of someone who was so well-liked.

And now that the roses are blooming in the garden, they seem very much to be Paddy’s roses to me. I wonder if she planted them all, and how much delight she must have taken in them.

These pink and magenta roses grow just across from the front door and just appeared one morning. I didn’t know there was a rose bush there until they started to bloom.

So these are “Paddy’s pinks”, and since the bush that they came from keeps replenishing itself, I think I’ll be painting more of them soon.

It was a challenge to keep the chroma high enough at the high values for these flowers. To do it, I mixed a string of values from mid to light with Michael Harding’s quinacridone rose with flake white, giving me a hue slightly towards the blue-red side of what I needed.

By mixing between them, I could get the hue I needed and managed to keep the chroma high. I used flake white since although titanium is higher value, it is slightly towards blue in hue, and I find the chroma drops when you mix titanium with the red-orange side of the hue wheel at high values.

Where the chroma drops, as it always does in places on the petals of flowers, I used neutrals to bring it down to the right value. Some of the shadows have raw umber in the mix too, to keep a low chroma and pull the hue towards yellow at the low values.

If you have any questions about how any of this was done, just shout up in the comments.