This month, I’ll be going a little further into modelling factors, developing the basic work we’ve done on simplifying values with a real-world value study.

This time we’ll be adding half tones and reflected light to the simple separation of light and shadow that we covered last month.

Here’s the reference photo for this workshop for you to download: 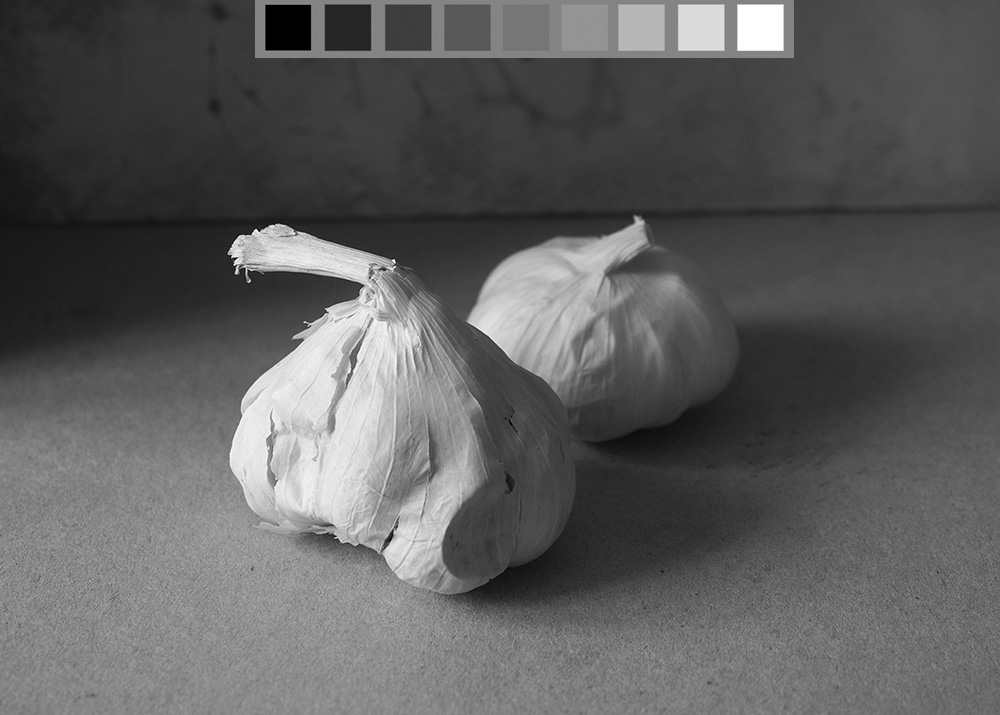 I’d advise having this up on a screen next to your easel so that you can paint along. I’ll be explaining the concepts and mixing the values as we go along, so you’ll be able to paint the study along with me.

I’d strongly suggest painting along, since you’ll learn the most that way. It’s also fun 🙂

We’ll be going a little further with edge handling too in this workshop, so I’ll also be showing you an exercise to train that. Edge handling is hugely important in showing form, almost as much as value I think. If you can get both working well together, that’s a large part of painting realism  well solved.

The materials list is quite simple: a pre-mixed value scale, something to paint on and some brushes.

The five step scale will probably be fine, but you can also mix a value between each of those, giving you a 9 step scale which will correspond to the one on the reference photo.

If you really want to go for it, mix the same scale, with exact values with titanium white and raw umber, then mix a little of the raw umber mix into the black and white mix – the values will be closer to neutral and not so blue. (This part really doesn’t matter though, it’s purely aesthetic. It is good mixing practice however!)

Brush choice is up to you and not critical. Hog filberts will be fine, or flats, whatever you’re most comfortable with. You’ll want three about 5mm wide ideally, so that you can have one brush for lights, one for darks and one for middle values. Also one or two larger brushes for the background.

As usual, I’ll be painting into a linseed oil couch (a think layer of linseed oil) toned a light value and then mostly wiped off.

It would probably be a good idea to have the study drawn out before starting. Here’s a version of the photo with a grid to make that easier. I’ll be painting my study 5 x 7 inches: 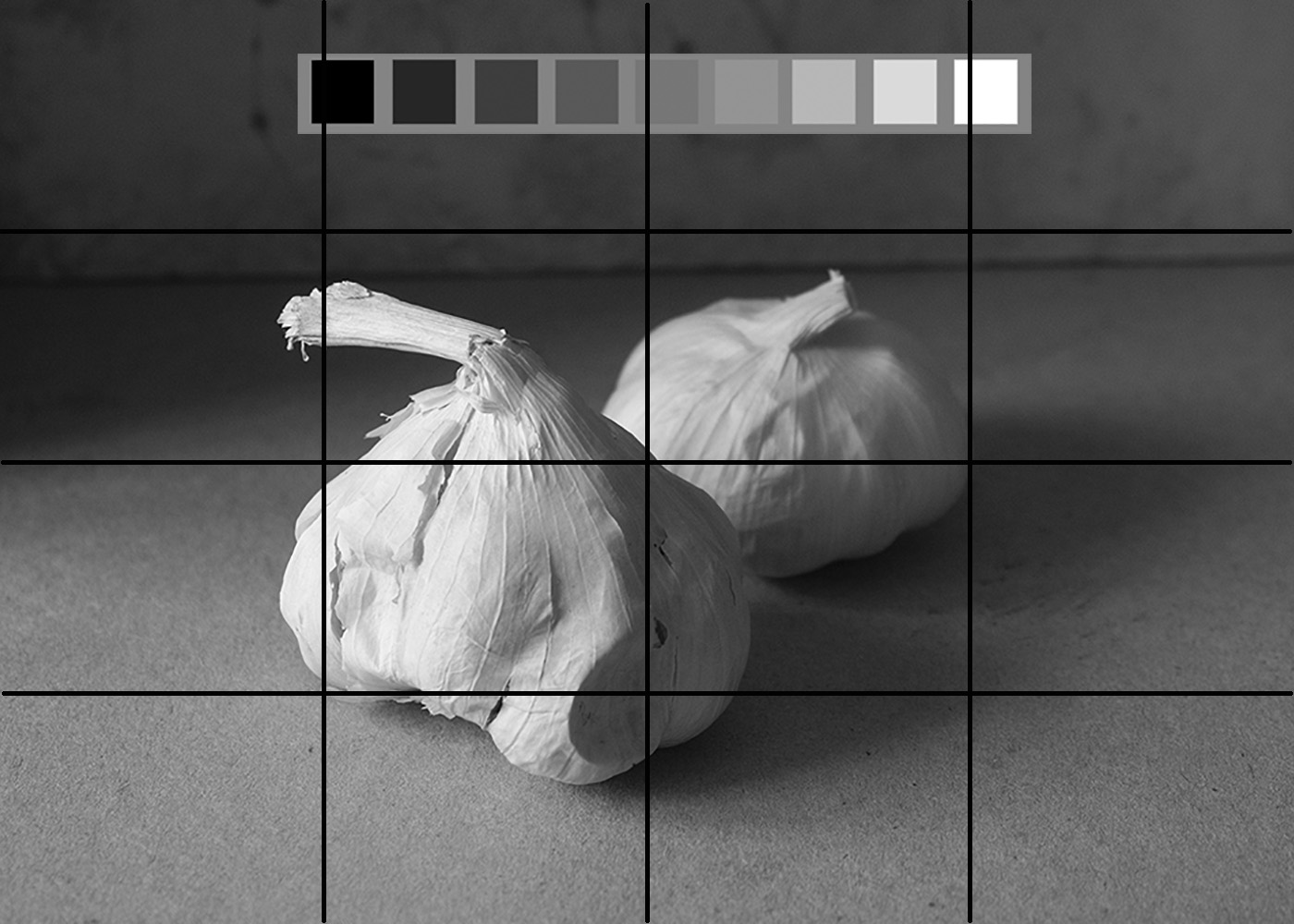 It’s up to you what surface you work on. The main thing here is the values and drawing out accurately.

Just pop back here when we’re due to start.