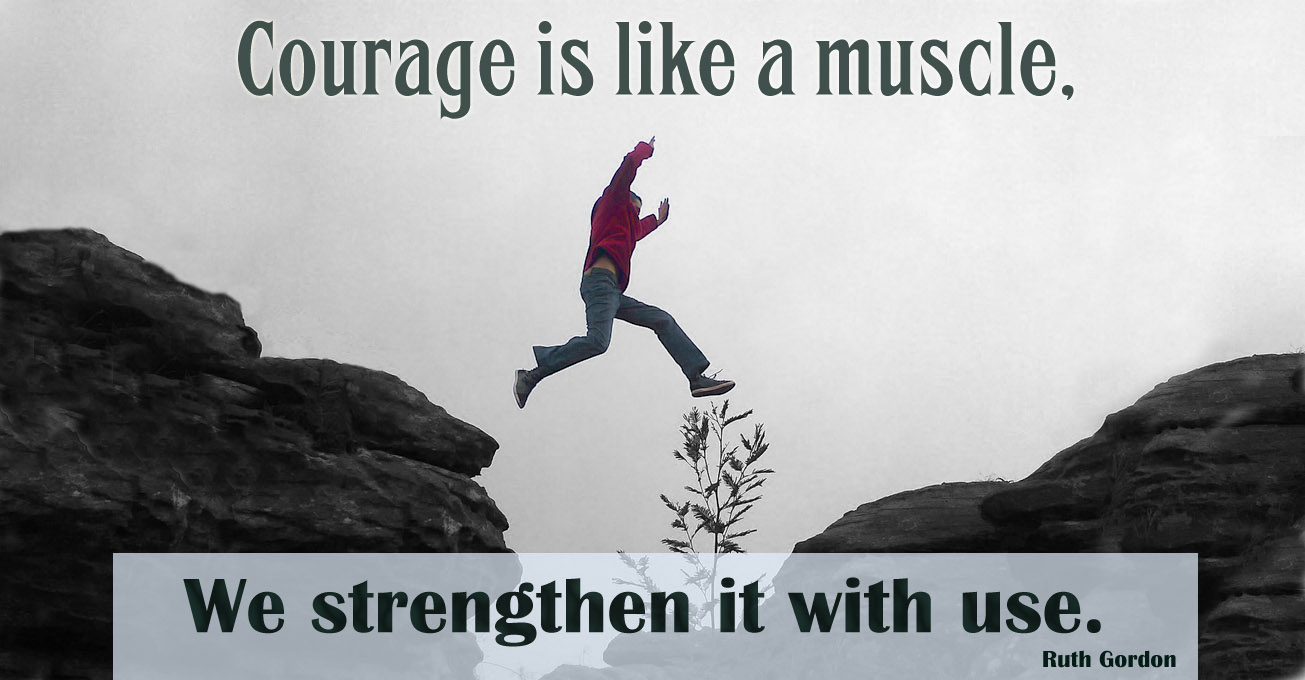 Are you afraid to draw?

I know, it makes no sense. We love to draw. Our love of art defines who we are. Why should we be afraid of it?

Ah, but that’s just the problem.

It’s because we love it so much, because it defines us, that the stakes are so ridiculously high. The cost of failure is terrifying. If we try to draw something and fail, we’ve failed right at our core, at the deepest level of ourselves.

That’s why it takes courage to draw. That’s why sometimes when I sit down to start drawing, I get an inexplicable attack of nerves. I start thinking of other things I could be doing. Maybe I’ll just tidy the kitchen a bit first.

So today, I’ve got a story about courage for you. It’s a story that I hope will inspire you, one that I hope you’ll be able to bear in mind the next time you pick up a pencil and get an attack of the willies.

The First Mark Takes the Most Courage

A little while ago, I was giving a drawing workshop. We were doing an exercise I created to help people with getting a drawing habit established. It’s a pretty simple exercise. I call it Breathing Lines.

It involves drawing vertical, parallel lines with a pencil, stick of charcoal, or Chinese brush and ink, in time to your breathing. 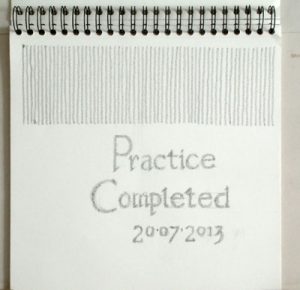 Or, if you’re doing it with charcoal, it looks like this: 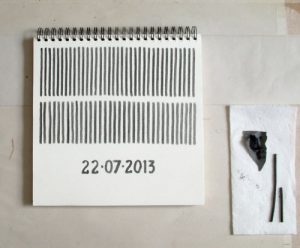 You can do a really meditative version of it with Chinese brush and ink, like this:


It’s a fairly simple exercise to do. I mean, it’s not like you’re actually drawing anything. It’s just drawing straight lines. Simple, right?

Not so. Back to the workshop, and my story of courage.

We were a bit of a way into the session when one of the attendees caught my eye. She was sitting still, not drawing, staring at her paper.

Then I noticed her hands were trembling. She looked at me with something like panic in her eyes, a kind of pleading that I registered without understanding why it was there. I realised that she hadn’t yet made a mark.

Resistance and the war of art

For anyone who’s read The War of Art by Steven Pressfield, you probably know where this is going to go next. Pressfield talks a lot about a concept he calls resistance in that book. He describes resistance almost as a physical being. Resistance is fear, fear that we’ll fail at something that matters to us more than anything else in our lives. Resistance stops us from doing that which matters most to us.

This lady had come face to face with resistance in its most powerful form.

I confess I didn’t know what to do for a moment.

Then, after asking her permission, I gently took her hand and guided it down the paper. Her hand was still trembling like a leaf. But slowly, a single charcoal line appeared on the paper.

Then another. I let go of her hand, and she continued on her own.

Gradually, her confidence built, and she went on to work through the next two exercises. At the end of the session, she came up to me and told me that despite loving art, those simple charcoal lines were the first bit of drawing she’d done in 40 years.

The Meaning of Courage

That lady is my hero. Because she was the most scared person in the room.

She was also the most brave. She showed incredible courage. Not just in making that mark, but in signing up for the course in the first place. And then just by turning up. Then by coming into the room and sitting down. Can you imagine the pressure she must have been under?

But she turned up anyway.

I think her example is one that can help us in our own small battles everyday, to turn up, sit down and to do the work we know it’s going to take to birth the dreams and visions we have of what we can create, to make them real.

Pressfield talks about the difference between the pro and the amateur. Not in terms of whether you get paid for what you do. For Pressfield, a pro is someone who turns up every day despite the resistance. Who does their work despite the fear. That lady was a pro.

I find his book inspirational, and it helps me with many things, not just drawing. It helps me with writing for this blog, with publishing posts like this when I don’t know how people will react to them, with believing in what I have to give enough to build a drawing practice program that I hope will help people grow.

All of those things take courage for me. I experience resistance every time I sit down to write a blog post, every time I try to design a new drawing exercise I think will teach people a skill. I experience it most whenever I try to bring myself to let people know about my practice program, and ask them to join.

What work scares you the most? That’s probably the work you find the hardest to do. It may well be the work that you need to do before you do anything else, the work you’re here to do.

Let go of the result

One of the most effective ways I’ve found to deal with resistance, to work despite the fear, is to try to embrace the process, rather than the result.

In drawing, that means practice, don’t produce. See yourself as a musician practising scales. You’re not on a stage performing. You’re not going to make a great work of art today. You’re probably not even going to make your own best piece.

But you can certainly practice.

And each bit of practice you do brings you far closer to producing your best yet than sitting thinking about it, rationalising why you didn’t draw again today.

Don’t let yourself get away with that.

If the lady at my drawing workshop can do that, if she can face her fears then so can we. We can make sure we show up.